It was a comeback for the ages as the Kansas City Chiefs scored touchdowns on three straight drives in the fourth quarter in order to capture their first Super Bowl title since 1969. With the 31-20 victory, the Chiefs cashed for their backers as 1.5-point favorites, while a slow start to the game sent Under bettors home happy.

For three quarters, Super Bowl LIV was a frustrating one for the Chiefs, Patrick Mahomes in particular. Trailing San Francisco 20-10 with a little over seven minutes to go in the game, Mahomes avoided the relentless 49ers pass rush and found wideout Tyreek Hill down the field for a 44-yard gain on 3rd and 15. The drive was capped with a Travis Kelce one yard touchdown catch. And the rest was history.

Mahomes finished 26-42 for 286 yards with two touchdowns, two interceptions and added another score on the ground to capture the game’s Most Valuable Player Award. Mahomes was the +100 favorite to win the award prior to the game.

The slow start fueled a good night for Under bettors as the game was tied at 10 at half. The late push gave them a reason to sweat, but it was too little too late as the game finished below the closing number of 53.

It should be no surprise that these two great teams are neck-and-neck to win next year’s Super Bowl. The Chiefs are the 7/1 favorite with the Niners just behind at 8/1 according to the Superbook at Westgate in Las Vegas.

Also, make sure to check out the correct answers to our Big Game Party Prop Betting Sheet: 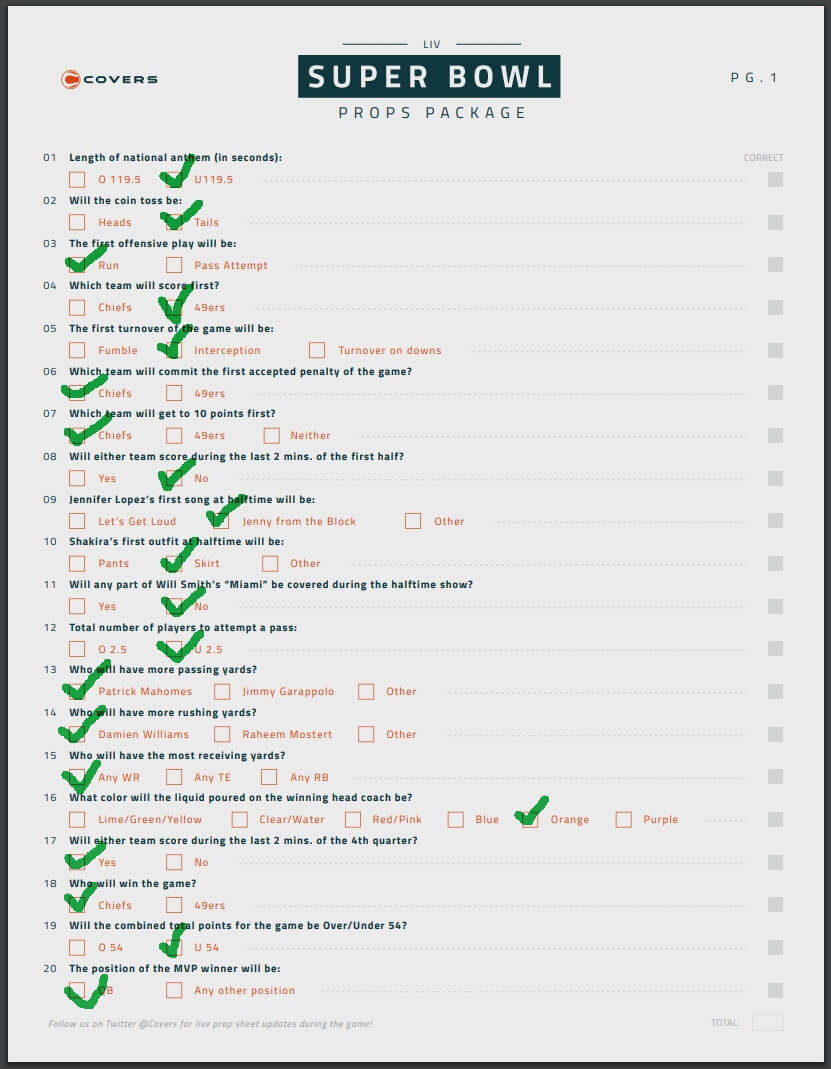